Named for a sun-treatment colony there, the Colonia vineyard was the fruit of a difficult replanting projet begun in 1966 by Domenico Poggiali and his son Giuseppe, who worked on it until the late 1970s; its very rocky soils led to the project’s abandonment in the mid-1980s. Grandson Giovanni Poggiali took it up again in 1991, and together with his father and grandfather, finally completed the planting of the vine shoots in 1993. One year later, Domenico died, which imprinted on the vineyard a three-generation symbolic value. The first crop was brought in 1997, but only 2006 was the first vintage bottled, without any denomination, which made the wine even more unique. The following vintage entails however the Chianti Classico denomination. Production is a limited 3,000 bottle, each numbered, styled for true connoisseurs of Sangiovese, and bearing a special dedication by Giovanni to his grandfather Domenico.

After the quality-selected clusters are de-stemmed and pressed, the must is fermented and macerated in stainless steel for 16-20 days at 28°C and 30°C, with programmed punchdowns and daily pumpovers. In March-April, the new wine goes into new French oak barrels; after 30 months of maturation, the final blend is assembled, bottled, and ages in glass a minimum of 8-12 months.

Intense ruby red color. Spicy aromas with earthy, mineral, tobacco and pleasant wild berry notes. On the palate, it has intense tannins needed for ageing the high concentration of the regional components typical to Fèlsina and Poggio a Rancia. 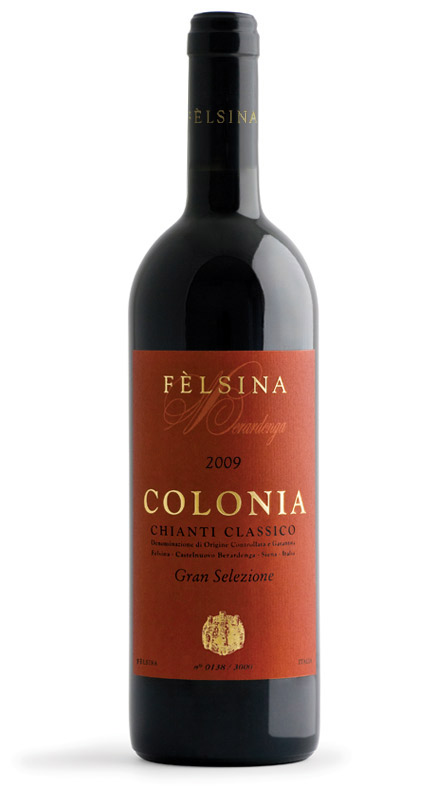